Caroline is the Salvation Army Officer in Hawick . She moved to Hawick from Denmark Hill, London, seven years ago and loves being part of the community. Originally hailing from Warrington, North West England, she has lived in many locations including, Devon, Oxfordshire, Birkenhead, London, Florida and Michigan USA.

On leaving school Caroline trained as a chef, she later worked in alcohol and drug education before becoming the Youth Minister at The Salvation Army in Benton Harbor, Michigan. Caroline and her husband Ian have six children and eight grandchildren who live in various locations throughout the UK and Spain.

Caroline says she does not have much time for hobbies but she likes to stay up to date with the news and she loves to read.

You can catch her Sunday Service every Sunday morning between 8-9am. 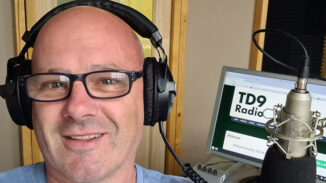 Home Basics are delighted to be opening their doors again on Monday 3rd May in a fantastic new warehouse on Croft Road, Hawick. There are great treats in store for customers too, not least a huge sale on quality household items. @HomeBasics1
https://td9radio.online/news/new-home-basics-store-opens

Do you remember when you joined Twitter? I do! #MyTwitterAnniversary

Construction of the Pumping Station at Walter's Wynd will start on Monday 26th April. These works will require the road and car park to be closed until early July.

Alternative Pay & Display/Permit parking can be found across the town: http://ow.ly/ClCz50EvT3I

A film screening and discussion event being held via Zoom, will focus on the experiences of people who are bereaved by suicide in the Scottish Borders.

Our Project Director, Conor Price and Project Artist, Andrew Mackenzie will feature on Border Life this evening giving an update on the Scheme and the planned art to be installed.

You can catch this on ITV Border this evening (Monday 19th April) at 8pm.